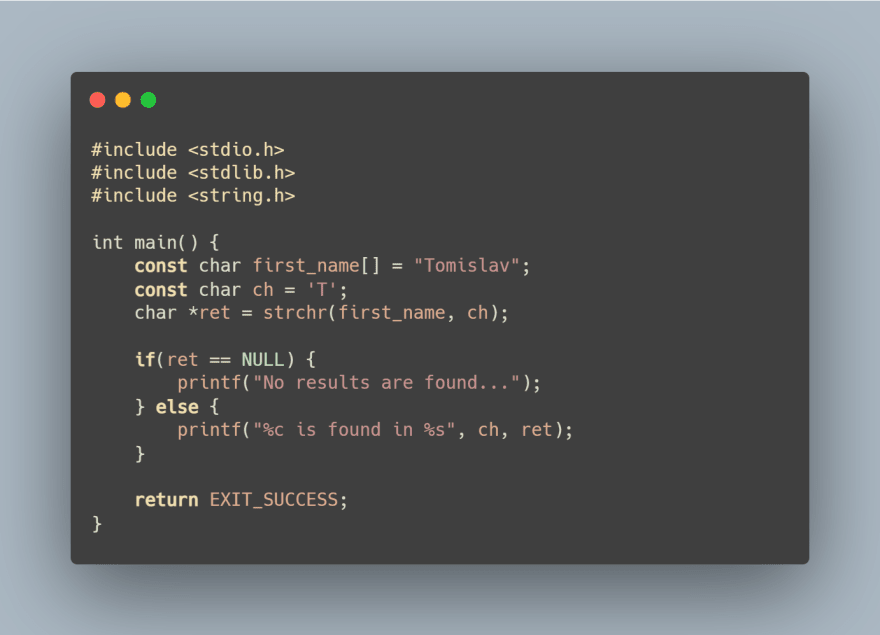 Hello everyone, I am Lovelace, and in this entry we’ll see some String I/O Functions available in the C standard library.

The gets function stands for get string and reads a line from the standard input into a buffer, it reads until a terminating newline or EOF character is found, takes one argument, a pointer to an array of chars where the string is stored and returns str on success, and NULL on error or when end of file occurs. This is how its declaration looks like:

This function is now deprecated and should not be used anymore, it was removed from C11, as a result, we won’t talk much about it, there are two options for gets that should be used instead: fgets and getchar, we will discuss fgets from now on.

The fgets function is used for reading entire lines of data from a file/stream, it has a similar behaviour to gets, accepts two additional arguments: the number of characters to read and an input stream. Its declaration looks like this:

The fgets function won’t copy the newline character, that’s why it is possible to read a partial line when using fgets and truncation of user input can be detected because the input buffer will not contain a newline character. It also protects against overflowing the string - that’s why it’s not recommended for performance reasons -.

Only use fets if you are sure that the data read cannot contain a null character, otherwise, use getline.

Let’s look at a snippet of C code where use the fgets function:

The latest function for reading a string of text is getline, a new C library function appearing around 2010 or so, this is the preferred method for reading lines of text from a stream (including the stdio), the other functions like gets, fgets and scanf are very unreliable, the getline function reads an entire line from a stream, including the newline character. This function takes three arguments and its declaration looks like this:

If an error occurs, such as the EOF being reached without reading any bytes, getline returns -1, otherwise, it returns the number of characters read (up to and including the newline, but not the final NULL character).

Let’s look at an example:

The string input is stored in buffer, we also have two other variables bufsize and characters, which are required by getline. We allocate memory for buffer (remember that if the input string is longer than buffer’s size, getline will safely realloc the necessary amount of memory for it), now we just call getline and we specify the buffer where to store the read string, bufsize which contains the size of our buffer variable, the stream we want to read from and finally, we store the total characters read in the characters variable, finally, we print out the number of characters that were read.

The puts function is used to write a line to the screen, the most convenient function for printing a simple message on the stdout - it automatically appends a new line. It’s simpler than printf, since you don’t need to include a newline character.

The different between puts and printf, is that when using printf the argument is interpreted as a formatting string, the result will be often the same (except for the added newline) if the string doesn’t contain any control characters (%).

The puts function is safe and simple, but not very flexible as it doesn’t give us an option of formatting our string. This is how its declaration looks like:

And this is a simple example using the puts function:

There’s another function, similar to puts called fputs, this function accepts a second parameter which is a custom file stream, therefore, you can write to a file. This function DOES NOT add the newline, it only writes the characters in the string and no more. This is what this function declaration looks like:

Look at this simple example: