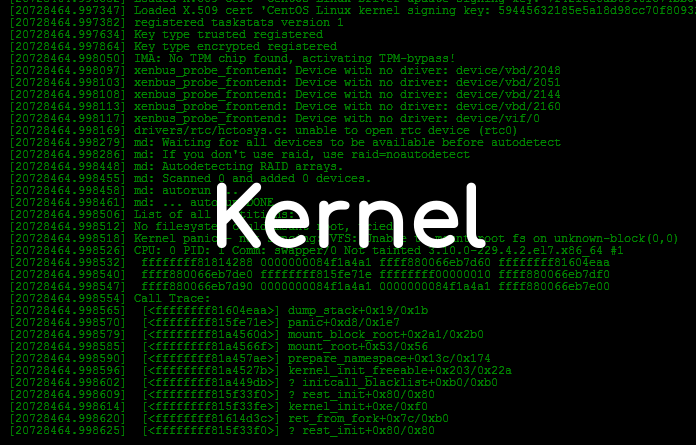 In this guide I will teach you all how to develop a functional kernel from scratch that can be booted from real hardware and you will learn - i hope - a lot about how computers work and what's the function of an operating system.

Take into account that this is not a guide meant for beginners, kernel, drivers, operating systems and compilers development are - in my opinion - the hardest projects a programmer can write, if you are a beginner, or if you already have experience but you feel it is not enough, take a time to write simple Linux modules, write programs in assembly, try to write a bootloader that outputs "Hello, World!" to the screen, read about filesystems, try to write a driver reading the manufacturer documentation and things like that, so when you want to write your own operating system, it won't feel hard at all.

Throughout this guide, I won't explain too much simple C and assembly things, for example, I won't explain the difference between the "data" and "bss" sections, differences between 16-bit and 32-bit assembly, what is a structure, what does uint32~t~ mean, what is pass-by-reference, pass-by-value and what they are used for, as I said before, this is not a guide for beginners.

I have planned to write a lot of things regarding kernels, at the completion of this guide, you should have an operating system with the following features:

Note: This is taken from osdev.org.

Let's create a cross-compiler for the kernel we will develop. This will compile to a generic target (i686-elf) that will let you leave your host os behind, that is, no header nor library in your computer will be used. You'll need a cross-compiler, otherwise, several unexpected things might happen because the compiler will assume you are running that program in your computer.

Before compiling your cross-compiler, you'll need to install the following dependencies:

Before we start with the compiling process, let's first export some variables that we will use later:

In order to compile binutils, run the following script:

Once we are done compiling binutils and GCC, we can use it now to build our future operating system. You can use this compiler, by running a command like:

To run this compiler by just typing $TARGET-gcc in the terminal, you can add the "bin" directory to the path:

That was it for this entry, in the next ones we will learn more and more about kernels and we will build our own and we will also improve it with time.

I hope the feature list motivated you all, for sure I missed some features, as long as we keep developing this kernel, I will remember them and we will do much more things.