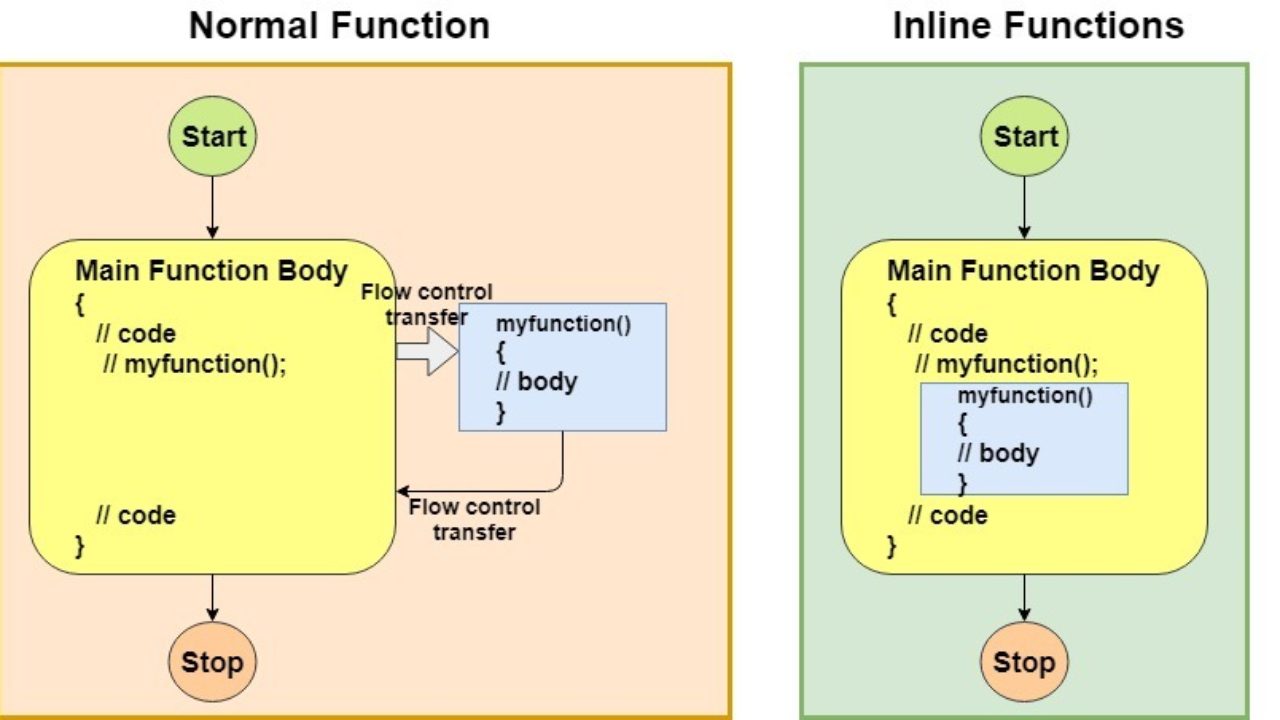 Normally, a function call has overhead when being invoked, it takes execution time tp setup the call, pass arguments, jump to the function and return. C99 added the concept of `inline' functions to try and avoid the amount of overhead that comes along with invoking a function.

The `inline' declaration is only an advice to the compiler, which can decide to ignore it. It may cause the compiler to replace the function call with inline code and/or perform some other sorts of optimizations, or it may just have no effect.

Inline functions can improve the runtime performance of a program (even though, as mentioned before, it is not guaranteed to work, as it is just a "hint" or an "advice" to the compiler). Whether an inline functions serves your purpose in a positive or in a negative way, depends purely on your code design and it's largely debatable.

It is also a common misconception that in-lining always makes the code faster, if there are many lines in an inline function or there are more function calls, then in-lining can cause wastage of space. Inline functions increase the file size, as the same function code is copied again and again in the program wherever it's called.

It is suggested to only declare functions as inline if they are short and called frequently, for a long function, the time consumed in calling the function is short compared to the time spent executing the body of the function.

You can declare an inline function by placing the keyword `inline' before the function declaration, for example:

Note that, the inline function definition has to be in the same file as the function call.

You should always use the `inline' function specifier along with the static storage-class specifier (using `extern' makes the program less portable). Inline functions are usually defined before their first use in a file. for example:

An inline function, is an exception to the rule of not placing executable code in a header file, because the `inline' function has internal linkage, defining one in several files does not cause problems.